In January 2018 Ed Elliott, Head of The Perse, was delighted to visit Nanyang Girls’ High School in Singapore to meet the new Principal of Nanyang Girls’ High School, Mdm Ng Chuen-Yin. Travelling with Mr Elliott were Mr Gavin Richards (Deputy Head – Curriculum and Operations) and Mr Simon Armitage (Assistant Head – Educational Opportunities) and all were also delighted to be able to see Mdm Heng Boey Hong while they were visiting. 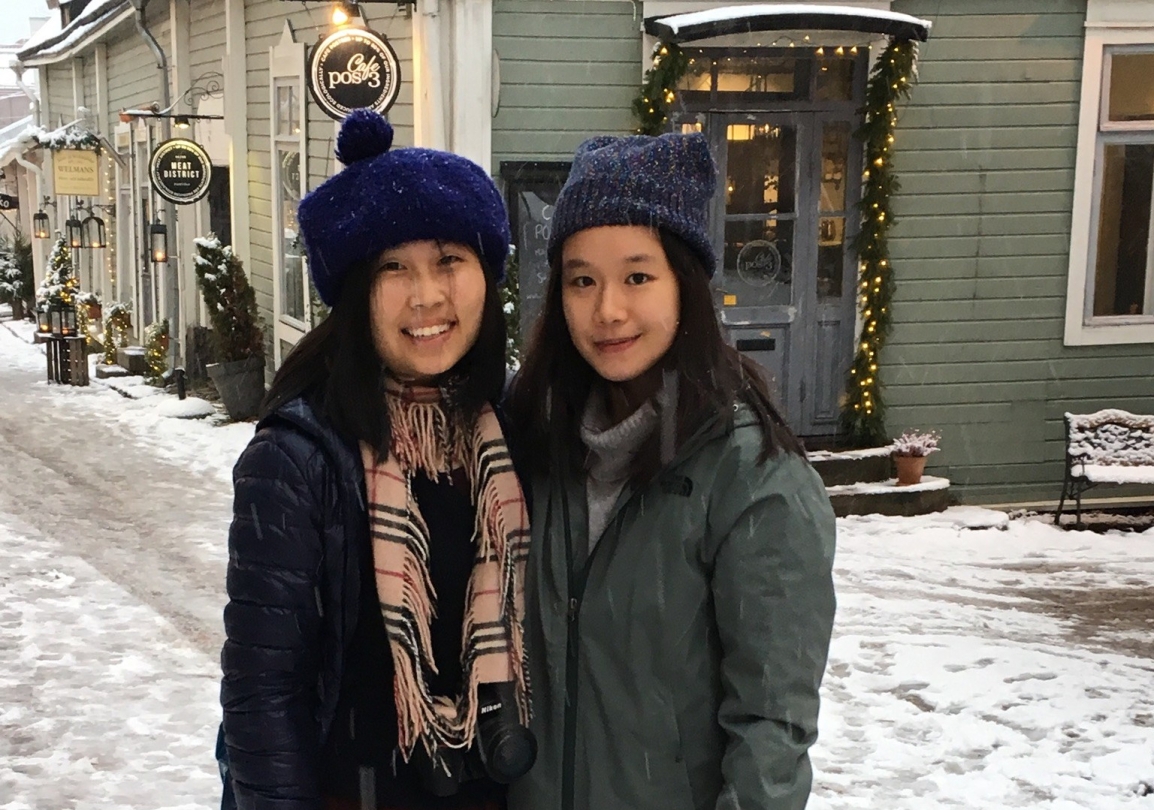 Sarah Ann Lee Jia En and Joyanne Chan Xi En from Nanyang Girls’ High School travelled to Finland in November 2017 to carry out their research. The winning project focused on comparing two school cultures through a series of side-by-side Polaroid photographs, and we hope to share more detail about the project shortly.
END_OF_DOCUMENT_TOKEN_TO_BE_REPLACED

On Monday 27th November 2017, a group of Nanyang pupils and teachers visited the Perse. Following a tour of the school, the Nanyang girls joined a group of Perse year 12s, and in groups they researched and presented on the following topics:

1. How far do you think 21st Century Singapore and the UK have been defined by the impact of World War Two?

2. How multi-cultural are 21st Century Britain and the Singapore? Is multi culturalism regional? Or superficial?

3. How do the governments of the UK and Singapore deal with the threat of terrorism? Think in terms of avoidance as well as response?

4. Does a ‘glass ceiling’ still exist for women in the UK and Singapore? What are societal expectations of women in both countries?

5. What is the attitude of the governments of Britain and Singapore to global warming and environmental challenges?

6. How LGBT tolerant are the UK and Singapore?

7. How important is religion in British and Singaporean society?

8. How democratic are the UK and Singapore? How do elections work and what other opportunities do people have to express their views?

9. How important is sport in British and Singaporean society?

10. How prevalent is crime in Britain and Singapore? Does the legal system work?

11. How significant is the poverty gap in Britain and in Singapore?

A lot of information was covered in a short space of time!

After lunch, the Nanyang girls headed into Cambridge with members of the Perse’s Global Citizens group, and they did treasure trail around central Cambridge, following clues to find points of cultural interest.